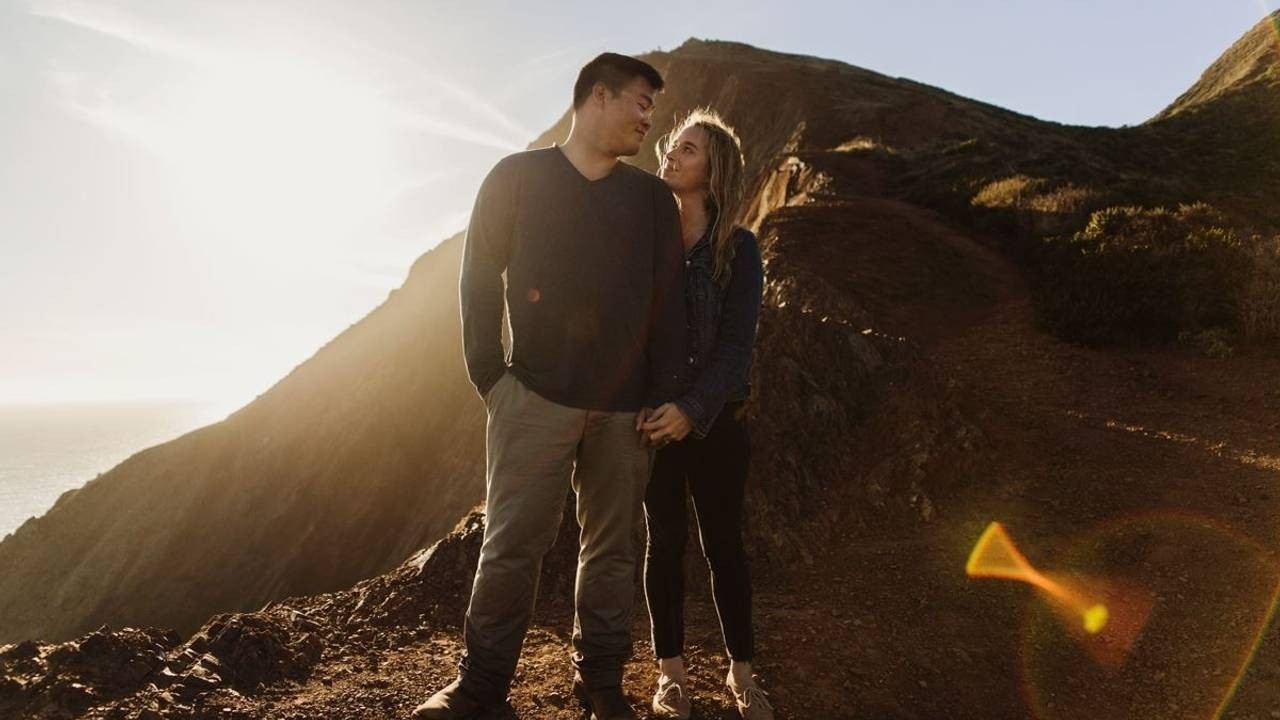 “Aikido speaks to us both,” Andrew says. “For her it’s the spiritual side, for me it’s the physical side.”

Jordan Carlson first learned about aikido through acting. A theater major at the Miami University of Ohio, she recalls attending a workshop on stage presence during her junior year. The instructor – an actor who had done mime work onstage – led the class through an exercise he had learned in Japan. It involved throwing his shoulders back and striding across the room. “That’s aikido,” the mime told the class.

“It stuck with me,” Jordan says.

Years later, when she and husband Andrew Chen found themselves looking for something new to try together, she remembered the mime – and aikido. Andrew was a little skeptical: he was looking for something that resembled wrestling, which he’d done in high school. But at Jordan’s urging, the couple signed up for trial sessions at AKI Hollywood.

These days it’s a rare weekday class where the two aren’t on the mat.

“Aikido speaks to us both,” Andrew says. “For her it’s the spiritual side, for me it’s the physical side.”

AKI has also brought them unexpected things, beyond exercise and meditation: A new group of friends, a new hobby they both share, and a way to communicate with each other that they hadn’t had before. They take to heart Suzuki Sensei’s message of opening the self and connecting with others in a fuller way.

Jordan especially likes the idea of being more aware of how one is filling space and affecting their partner. It’s good for her relationship, she says, and her career as an actor. “It’s just like the mime said,” she says with a smile.